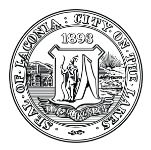 As requested by the City Manager or specified by the administrative code, each director of a department submits an itemized estimate of the expenditures for the next fiscal year for the departments or activities under his control.  The finance department assembles this information into a comprehensive budget document which is reviewed by the Managers. The Manager submits the proposed budget (staying within the tax cap) to the Council at least one month before the start of the fiscal year, which begins July 1.

No appropriation is made for any purpose not included in the annual budget as adopted unless voted by a 2/3s majority of the Council after a public hearing held to discuss the appropriation. The Council may by resolution, designate the source of any money so appropriated.

Each month the Manager reviews Financial and operations trends with the Council.

If it appears that the revenues are less than anticipated, the Council or City Manager may reduce the appropriation for any item or items, except amounts required for debt and interest charges, to such a degree as may be necessary to keep expenditures with the City's revenues. The City Manager may provide for monthly or quarterly allotments of appropriations to departments, funds, or agencies under such rules as he may prescribe.

The Budget Process: In November 2005, the voters approved a Charter Amendment (Tax Cap) to limit the increases in proposed budgets going forward.

This Tax Cap limits increases in net spending for the City, School, and County budgets as follows:

This tax cap can be overridden by a two-thirds vote of the City Council.

Online Bill PaySkip the line and pay your bills online!
Online MeetingsWatch past and current meetings on our YouTube channel!
Employment OpportunitiesView current openings
Agendas & MinutesView current agendas and minutes for all boards and commissions.
Report A ConcernUse Request Tracker to notify us about a general concern, comment, or compliment.
Charter & CodeThe city of Laconia, NH online charter and codes.
Alerts & NotificationsNotify Me allows you to subscribe to an unlimited number of email lists.
FeesView our fees at a glance!
RecreationSee what programs Laconia Parks & Rec has to offer.
Government Websites by CivicPlus®
[]